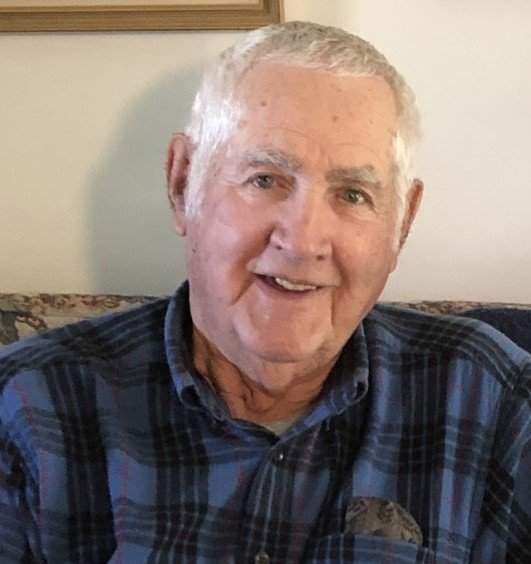 William “Bill” Philip Karsner, 88, passed away Saturday, March 6, 2021. The husband of Deloros Nickles Karsner, Bill was born on September 28, 1932 to the late William Thomas and Anna Bessie Emerson Karsner in Frankfort, Kentucky. A veteran of the USAir Force, he was stationed in Alaska of which he spoke frequently and recalled fondly. Bill was a member of Calvary Baptist Church in Frankfort. He loved sports and was especially accomplished at basketball and football, earning his claim to fame after scoring the very first touchdown for Elkhorn High School in 1949. As a proud grandfather, Bill never missed a game during Emily’s time on the dance team at Franklin County High School and Centre College. With his passion for sports came a passion for gardening. He and Emily won many awards for their prized vegetables and when they weren’t gardening, enjoyed fishing on the creek with Bill’s homemade doughballs. An avid card player, you could find Bill at the Ellis Monterey Market every Monday through Friday playing Push, and at the market in Stamping Ground for coffee on Saturdays. While on long drives he so enjoyed taking, Bill would joke with his family about who owned each and every fence post they passed. Bill, though competitive in sports, was a fair man, an easy going, good person who loved his family immensely and cherished his time with them.

Bill was preceded in death by his parents, William and Anna Emerson Karsner, and brothers, Donnie Karsner and Jimmy Karsner.