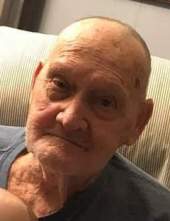 He was preceded in death by his twin sons Floyd Crockett Crase and Vernon Ray Crase.

A funeral service will be held 2:00 pm Tuesday, November 5, 2019 at Clark Legacy Center, Versailles Rd.Pastor Jason King will officiate. Burial will follow at Sunset Memorial Gardens. Shaun Cohorn, Kayden Cohorn, Blake Oerther, Trevor Oerther, Jonathan Abrams, and Brent Oerther will serve as casketbearers. Visitation will be from 11:00 am until the start of the service at the funeral home. In lieu of flowers, memorial contributions may be made to the American Heart Association or the American Diabetes Association.