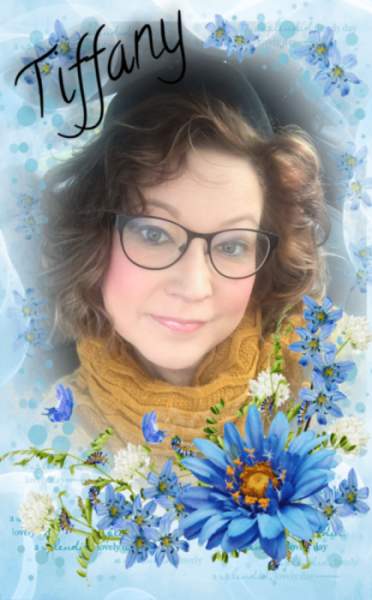 Heavenly Father on Sunday, June 20 after a long, brave battle against health issues. She was preceded in death by her grandparents:

Harry G. Triplett, Geneva Triplett Vaughan, James William Barber, Alene Barber, and Stewart Vaughan. She loved her family, especially her nieces, Harper and Reagan.  In her free time she enjoyed listening to music, crafting, cooking, and eating Mexican food.  Her family and friends knew what a generous and compassionate heart she had.

Tiffany was born on May 30, 1986.  She was full of life growing up, participating in softball, gymnastics, and dance----basketball, not so much.  She amazed everyone when she decided to play one year of rugby at the University of Kentucky.  One of her passions was twirling as a majorette in high school and college.  She enjoyed sharing her love for twirling by giving private lessons to middle school and high school girls who wanted to share her interest in the sport.  She attended Hearn Elementary and Elkhorn Middle School. In addition to being a majorette in the Flyer Marching Band at Franklin County High School Tiffany performed in several musicals including “Guys and Dolls”, “Footloose” and “Oklahoma”.  She took her interest in the fine arts and musical theater to the University of Kentucky where she received a degree in Arts Administration.  While attending UK, Tiffany worked at the Singletary Center for the Arts in the theater department.  She was trained in lighting and sound management.  She was given the opportunity to be the Stage Manager for one of the Miss Kentucky Scholarship Pageants.  She was a Sweetheart Majorette in the University of Kentucky Marching Band for four years, performing in three UK college football bowl games.

At the time of her death Tiffany was employed by Kentucky Higher Education Assistance Authority. Even though she had only worked there for a short period of time before COVID-19 required everyone to work from home, Tiffany loved her job and the friends that she had made at KHEAA.  She often praised them for their kindness and compassion toward her.

Visitation will be held at Clark Legacy Center, Versailles Road on Monday, June 28, from 5-7pm.  The funeral service will be on Tuesday, June 29, at 10am at Clark Legacy Center with burial at Sunset Memorial Gardens.  Rev. William Hartung, Dr. Stephen Pattison, and Jon Sutphin will officiate. Michael Adkins, Brandon Dunn, Jason Dunn, Charlie Gay, Tommy Poole, and Phillip Smith will serve as pallbearers.