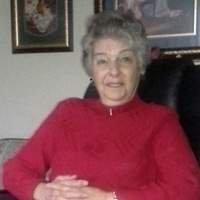 Along with her parents, Thelma was preceded in death by a brother Paul Whitaker and a sister Joyce Walton.

A time of visitation with the family with be held on Tuesday, Oct. 29th from 11 am – 1 pm at the Ritchie & Peach Funeral Home.  A graveside service will follow beginning at 2:00 pm at Sunset Memorial Gardens in Frankfort.