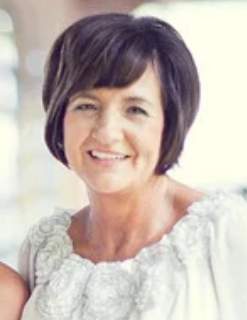 Terrie spent her life living in and around Frankfort blessing most everyone she connected with through her gifts of song, selflessness, and love. These qualities were established her early on by her loving and faithful parents, Ed and Betty Taylor, who instilled the values of hard work, family, and above all love of God and neighbor. Starting at a very young age, she balanced working late nights and early mornings on a farm with a long and exemplary career working at the Department of Education for the Commonwealth of KY - all while raising three children with her loving husband of 43 years, Johnny Perry. Needless to say, she was a “doer” in every sense of the word and could always be counted on to be there when you needed her and often at a moment’s notice. Terrie was a lover of music and the arts, she enjoyed making a joyful noise unto the Lord through her singing. God graced Terrie with a beautiful voice and she was noted for this early in life by the music program of Franklin County High School then later in adulthood singing in the choir and performing countless solos in churches and other singing groups she participated in for decades. Terrie’s passion for music could only be eclipsed by the incredibly deep, undying and selfless love of her family. Terrie’s world was her husband, children, parents, and siblings – but “grandbabies” had her heart. Gamma, as her grandkids affectionally called her, was the CEO of all things fun. She was the queen of Halloween, the ultimate Mrs. Klaus, the bunniest of all Easter bunnies, and the Rachel Ray of delicious homemade recipes especially her soups, party mix, and desserts. She watched movies, spent countless hours playing dolls and cars, read books, told stories, gave invaluable life advice, went swimming and boating, played kickball, and yes even zip lined. The fun, laughter, and love never stopped. And you would never find Gamma missing a birthday party, ballgame, recital, concert, graduation, baptism, or Disney trip. She gave herself willingly again and again so everyone in her family could have life a little better, easier, more fun, more meaningful, and spiritually enriched on a daily basis. Above all, Terrie was a dedicated follower of Jesus Christ, believed in the power of prayer and provided a strong spiritual foundation for her immediate and extended family. She was always very active in the church and was a long-standing member of Graefenburg Baptist Church where her contributions were innumerable. Terrie was an incredible blessing to all that knew her and we know that she is joyous beyond measure to be with the Lord and reunited with her husband and father that she so dearly loved and missed.
Terrie is survived by her three children, Laura Avent (Kevin), John Perry III (Rebecca) Emily Ball (Joseph); a brother Eddie Taylor (Judy), a sister Dru Hawkins; five grandchildren, Benjamin Avent, Kayla Avent, Hadley Ball, Ashlynn Ball, Levi Ball and several nieces and nephews.
She is preceded in death by her loving husband of 43 years, John “Johnny” Perry, and her father Edward L Taylor.