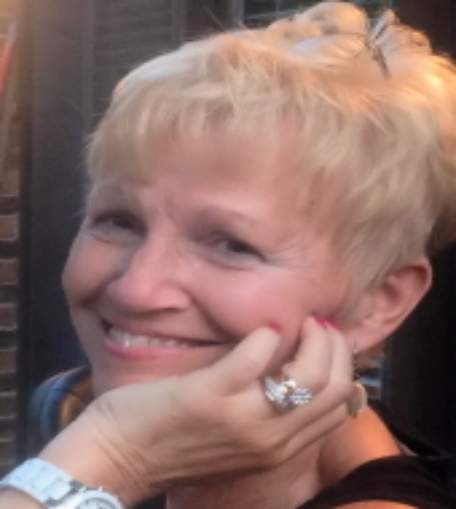 A Mighty Angel Set Free. Shelley Lee (Payton) Purvis, 69, loving wife of Harold Wayne Purvis, passed away in her hometown of Frankfort, Kentucky on Tuesday, July 1, 2020, after a brief illness. Shelley was born on October 20, 1950, in Franklin County to the late Henson and Anita (Bramlet) Payton, and is survived by her devoted children Chris Purvis and Whitney Hockensmith (Jeremy), and her cherished grandchildren Chad and Mattie Purvis, Kyleigh Penn, and Jenna and Shelby Hockensmith. Shelley’s beloved family includes a “sister” Donna Pace Melton, her cousin Linda Miller and several other deeply loved extended family members.
As a little girl, Shelley contracted polio, a nerve injury causing paralysis from the spinal cord, and there began her legacy of love. She and her mother Anita relocated to Roosevelt Warm Springs Institute for Rehabilitation in Georgia, where Shelley soaked in the mineral-rich springs to heal while Anita sought work in the hospital. Shelley loved adventure and fought to live. After returning to Kentucky, she battled through treatment at Shriners Hospital for Children in Lexington where she learned to expertly play cards and also became an avid reader. Shelley’s love of life spread.
When Shelley entered Franklin County Schools, the district installed the first intercom system connected to her home so she could virtually participate in classes with her friends. Friendships ignited, and love for her grew. Her path was never easy, but she battled mightily. When Shelley graduated in 1968 from Franklin County High School, she cheered in the pep club, sparked colorful creations in art club, and achieved the superlative of “Best Looking” female in the senior class. Her legacy of love flourished, cultivated by her classmates and all those around her.
Shelley served as an executive secretary throughout state government agencies including Career and Technical Education, the Superintendent of Public Instruction’s Office, the Office of Education Accountability, and the Legislative Research Commission. She worked with interns and drop-outs and elected officials and people like her, and each one knew of her powerful story.
Shelley shared her sunshine with everyone she loved, and everyone warmed by her was the richer… whether if chatting with her on the phone, visiting with her in a check-out line or floating with her in the pool. Shelley blossomed like the unique, radiant flowers that always surrounded her, and that power became her legacy.
Shelley was adored by her husband Harold who steadied the shifting ground under her tiny feet. There was never a mountain Shelley Purvis wouldn’t attempt to climb or a challenge she didn’t mightily meet. To her children, she was a warrior. Her lasting legacy will be the love she ignited in every glancing eye that caught hers. Shelley steadied the gate of those who watched her labored steps. They saw and were forever changed by her tenacity, fortitude and might.
And with all that said, Shelley Lee Purvis was happiest in the arms of the man and the children and the grandchildren who loved her most—her true legacies.