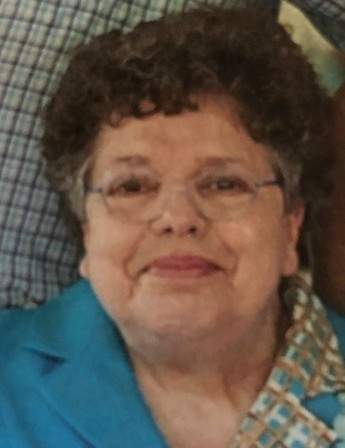 She was born in Frankfort, KY to the late Jerry and Artie Mae Quire Miller. Rosemary was a 1958 graduate of Anderson High School; member of Sand Spring Baptist Church and the Challengers Sunday School class; worked for Florida Tile for 31 years as a Lead Lady; and was a member of the Alton Homemakers.

Along with her husband and parents she was preceded in death by a sister, Colleen Miller; brother, Kenneth Miller; grandson, Allen Dennis; great-granddaughter, Ryleigh Ann Cooper; and daughter-in-law, Carolyn Hughes.

Funeral services will be 11:00 a.m. on Monday, July 15, 2019 at Sand Spring Baptist Church with Dr. Mike Hamrick and Vaught Franklin officiating. Burial will follow in Sunset Memorial Gardens. Visitation will be from 4-7 p.m. on Sunday at Gash Memorial Chapel and Monday from 9-11 a.m. at the church prior to the service.