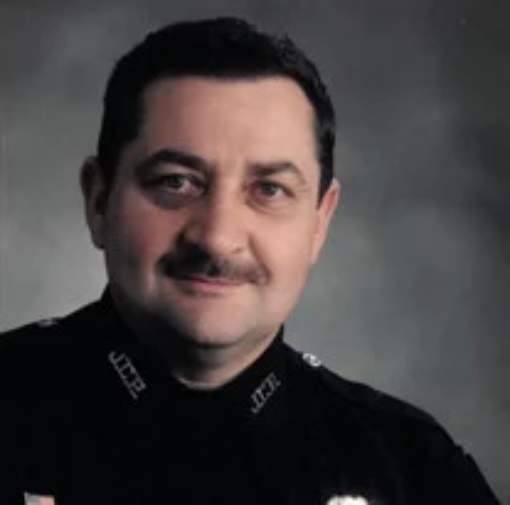 Robert Leon Heaton Jr. (75 years young) passed away peacefully Tuesday, September 29, 2020. He was known to many as R.L., Officer Bob, Tomato Plant, Uncle Jupy, Daddy and Paw Paw. He was a “10-10” to all and will be greatly missed.
Born May 31, 1945, to Louise (Harrod) and Robert L. Heaton Sr. in Frankfort, KY. He graduated from Franklin County High School. After going to Georgetown College (well, walking in the front door of the admin building and straight out the back) he decided to join the Frankfort Police Department; graduating the Lexington Police Academy Class 1968. While in Frankfort he dated a young lady, then he preferred her roommate, and he and Rose Ellen Wiley were married March 8, 1971. In 1972 they packed up and moved to Louisville. He enjoyed a long 31-year career as a proud Officer with the Jefferson County Police Department (Adam District). He was known throughout the community during his time with the department. He provided security for too many places to list; though his favorite had to be working the Ballard HS Football games in the late 90’s. He retired in 2003 and tried his hardest to relax. That just wasn’t in his nature, so after a few jobs, he landed as Chief of Police for the City of Woodlawn Park, Louisville, KY. From 2005-2018, every day he worked hard, cracking down on residents who let their grass get too long. In 2018, he knew it was time to walk away from being a Policeman, and actually really retire. That was a very hard decision for him, for nearly 50 years public service was all he knew. In retirement he found a new passion…as a YouTube influencer! Yep, he decided to document his travels and start a YouTube Channel, “Ridin’ with Uncle Jupy.” Luckily for us all, his legacy will live on.
He taught us all not to take life so seriously - to love hard and laugh loud…even when in public, and not to worry about judgement, that you, and the people you are with, are who matters in the moment. He certainly lived by the lyrics of his favorite song, “My Way.”
He joins in Heaven his parents, Louise (Harrod) and Robert L. Heaton Sr., and his beloved nephew, J. Michael Clark.
He leaves behind to miss his jokes and laughter, his tolerant wife of 49 years Rose (Wiley) Heaton. As a Girl Dad he taught his daughters Rebecca Ellen Oeffinger (Rich) and Bobbi Lynn Croce (Kevin) to be strong and that no dream is too big. Being big brother to his sisters Sandy Clark (Jim) and Marcia Southworth (Wayne) was a role he adored. He was fun Uncle Jupy to his niece and nephews. His proudest title was being Paw Paw to his grandchildren: William Robert, Katherine Rose, and Stella James Croce; Isla Rose and Wesley Harrison Oeffinger. He made friends anywhere he went and will be missed and celebrated by all who were lucky enough to cross paths with him.
Yuckadee
Services will be held at Harrod Brothers Funeral Home on Monday, October 5, 2020, at 1:00 p.m. with Bro. Jim Powell officiating. Burial will follow at Sunset Memorial Gardens. The family will receive friends at Harrod Brothers Funeral Home from 1:00 p.m. until 5:00 p.m. on Sunday, October 4, 2020, and from 11:30 a.m. until 12:30 p.m. on Monday, October 5, 2020.