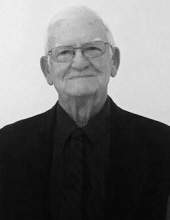 Richard Thomas “Tubby” Toles, 79, husband of Donna Farr Toles whom he was married to for 55 years and father of Tina Toles Wingate (Mike) and Jamie Toles Wiard (Tim), passed away Tuesday, August 27, 2019 after a multitude of health problems. He gave it his all to the end when his heart finally gave out.
Tubby was born in Frankfort, KY on the June 8, 1940 to the late Ray and Louise Robertson Toles. He was a member of Gospel Life Community Church. He loved to bowl, play cards with his family, watch UK basketball and was an avid fisherman. Tubby retired from Frankfort Auto Parts.
He was preceded in death by his parents, his daughter, Jamie, his brother, Walter, and his niece, Daven Toles Brown.
In addition his wife, he is survived by his daughter, Tina Toles Wingate (Mike); his grandchildren, Megan Wingate, Ryan and Austin Wiard; sister, Lucy Toles (Tommy) Crittenden; his brothers, Clifford (Dorothy), Donald (Norma), Wilbur (Shelly), and Doug (Bonnie); his sister-in-law, Brenda Toles; as well as numerous nieces and nephews.
Funeral Service will be held at 11:00am on Friday, August 30, 2019 at Clark Legacy Center, Versailles Rd officiated by Dr. Kris Grimes. Burial will follow at Sunset Memorial Gardens. Serving as casketbearers will be his nephews, Chuck Crittenden, Chad Crittenden, and Tim Toles, as well as, Frankie Farr, Eddie Smither, Tim Wiard, Jimmy Gill, and Dan Allen. Serving as honorary casketbearers will be Megan Wingate, Mike Wingate, Ryan Wiard, Austin Wiard, David Sanford, Addie Sanford, and Maddie Baker. Visitation will be held from 5:00pm until 8:00pm on Thursday, August 29, 2019 at Clark Legacy Center, Versailles Rd. In lieu of flowers, the family asks that memorial contributions be made to your favorite charity.