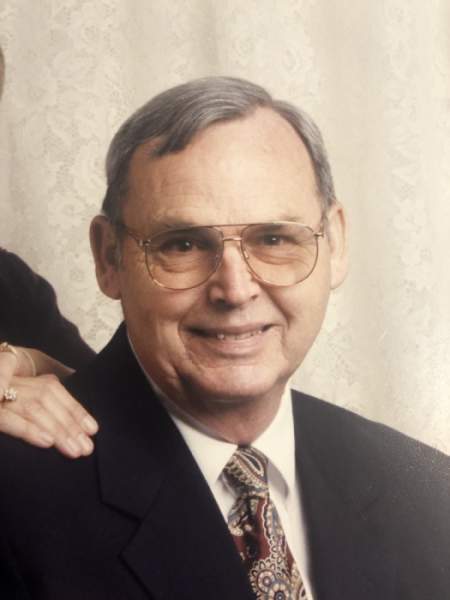 Razz Shuck, 81, passed away on Thursday, April 8, 2021 at his home after battling Covid and complications of heart disease.  He was born in Mercer County on July 18, 1939 to the late John and Edna Shuck. After serving 4 years in the U.S. Navy on the U.S.S. Cusk, Razz went on to work for General Telephone Co of Kentucky as supervisor for automatic switching, he retired after 29 years. From GTE, he worked for the University of Kentucky in automatic switching as an Engineer and retired at the time of the passing of his son, Jeffrey Razz Shuck.

He was married to Shirley Shuck for 56 years. Together they had three children, Steve Shuck and Julie (Steve) Henehan all of Versailles. He was never able to get over the death of his oldest child, Jeffrey Razz Shuck.

Razz leaves behind one brother, Robert Shuck of FL. His grandchildren were his pride and joy. They are Thomas Razz Shuck, Patrick Henehan, and Nolan Henehan, all of Versailles; and his granddaughter, Makenna Lee Henehan, Covington.

In addition to his parents and his son, he was preceded in death by his sister, Aggie Stockdale; and his brothers, Tommy Shuck, Bill Shuck, Eddie Shuck, Frankie Shuck, Henry Shuck, and James Shuck.

Funeral service will be held at 12:30pm on Tuesday, April 13, 2021 at Clark Funeral Home, Rose Hill with Wesley Noss and Chris Harper officiating and Tammie Pope to sing. Razz will be entombed at Sunset Memorial Gardens and will be honored with full military rites. Serving as casketbearers will be Patrick, Steve, and Nolan Henehan, Steve Shuck, Donny Elkins, David Ethington, and Mike Ethington. Honorary casketbearers will be Razz’s co-workers from General Telephone. Visitation will be held from 10:30am until 12:30pm at Clark Funeral Home, Rose Hill. In lieu of flowers, memorial contributions may be made to Hospice Care of the Bluegrass.