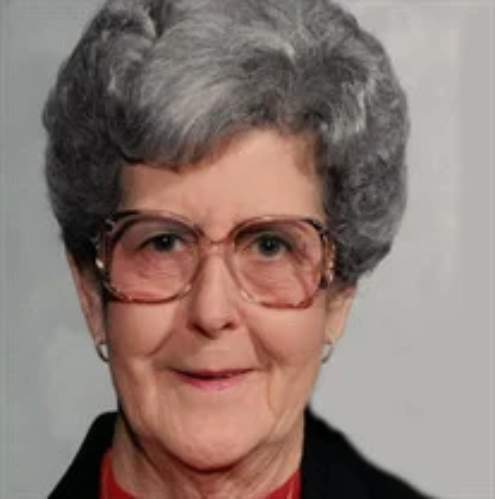 Pearlie Frances Smith Pulliam, age 92, went to be with the love of her life, James Leon Pulliam, on Friday, July 3, 2020. Services for Mrs. Pulliam will be held at Harrod Brothers Funeral Home on Thursday, July 9, 2020, at 11:00 a.m. with Rev. Mike Napier and Rev. Richard Smith officiating. Burial will follow at Sunset Memorial Gardens. The family will receive friends at Harrod Brothers Funeral Home from 5:00 p.m. until 8:00 p.m. on Wednesday, July 8, 2020.
Mrs. Pulliam was born in Frankfort on August 25, 1927, to the late Henry Irvin Smith and Alice Lillian Shingleton Smith. She retired from Union Underwear. Mrs. Pulliam was a member of Alton Christian Church.
She is survived by her daughter, Pettie Pulliam Chism (Harold); sisters, Stella Cook and Sue Gravitt; brother, Charles E. Smith (Patsy); granddaughter, Frances Landrum Lairson; great-grandsons, William and Joseph Lairson; and by several nieces and nephews.
In addition to her husband and parents, she was preceded in death by her son-in-law, Billy Landrum; granddaughter, Michelle Ann Landrum; and by her eight brothers and sisters.
Serving as pallbearers will be her nephews. Honorary pallbearers will be William Lairson, Joseph Lairson, Bill Harrod, Harry Rice, Jeff Olds, and remaining nephews.
In lieu of flowers, expressions of sympathy may be made to the Capital City Shrine Club, PO Box 305, Frankfort, Kentucky, 40601.