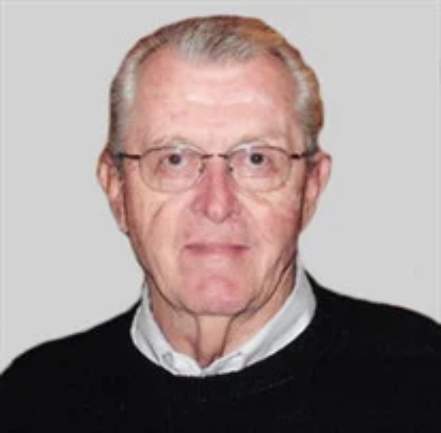 Oren Larry Depp, Jr., age 89, passed away on Tuesday, November 3, 2020. Services will be held 11:00 a.m. at Harrod Brothers Funeral Home on Friday, November 6, 2020. The family will receive friends at Harrod Brothers Funeral Home from 9:00 a.m. until 11:00 a.m. service time.
A native of Owensboro, Kentucky, Mr. Depp was born on August 3, 1931, to the late Oren Larry Depp, Sr., and Violet Grinstead Depp. He received his Bachelor of Science in Civil Engineering from the University of Kentucky, where he was a member of Kappa Sigma Fraternity. Mr. Depp was a Veteran of the United States Air Force. He retired as President of Johnson, Depp, and Quisenberry Consulting Engineers. Mr. Depp was a member of local and national Jaycees, as well as served in state and national Professional Engineering Associations. He was a car enthusiast, an avid golfer and lifelong University of Kentucky sports fan.
He is survived by his children, David Depp, Dana Faulkner (Bill), and Dianne Harris (Dave Wardlaw); sister, Ginger Morrow (Darrell); brothers, John Depp (June) and Bob Depp (Sheila); grandchildren, Amanda Khouri (Ben), Weston Faulkner, and Taylor Harris; and great-grandchildren, Graham and Hayden Faulkner. He was also blessed with several nieces and nephews.
In addition to his parents, he was preceded in death by his wife, Lena Mae Harrod Depp.
Family and friends will serve as pallbearers.