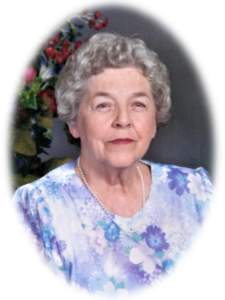 Mary Louise Webb Todd, 95, died Monday August 23, 2021 in Versailles, KY. She was born in Zanesville, OH on August 13, 1926 to the late Floyd Gray Sr. and Mary Fitzgerald Webb. Mary was a graduate of St. Catherine Academy, now known as Lexington Catholic High School, and attended the University of Kentucky, University of Louisville, and Transylvania College. She was a homemaker and also taught at Good Shepherd School, Frankfort KY, for 5 years. Mary was a former president of the Meadow Heights Women’s Club in Louisville and was a member of the St. Margaret Mary Catholic Church Senior Group in Louisville. In addition to her parents, she is predeceased by her husband, Robert “Ed” Todd, Sr.; her brother, Floyd “Sonny” Webb, Jr.; her sister Kathryn Kain; and her granddaughter, Carolyn Draper Wahl.

The Mass of Christian Burial will be 11:00 a.m. Wednesday, September 1, 2021 at Saints Peter & Paul Catholic Church in Danville. Father Danny Fister, her great-nephew, will be the celebrant. Pallbearers will be Doug Draper, Chris Draper, Steve Draper, Bobby Joe Kain. Burial will be in Sunset Memorial Gardens in Frankfort, Ky. Visitation will be 6 p.m.—8 p.m., Tuesday August 31, 2021 at Stith Funeral Home in Danville.