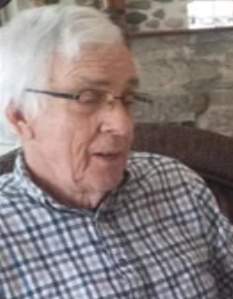 It is with profound sadness we announce the passing of devoted husband, father, and grandfather Lyle Shaw on April 7th, 2020. Lyle was married to the love of his life, Emily, for nearly 63 years. He and Emily were longstanding members of Bridgeport Christian Church where they volunteered much of their time. Lyle was a terrible golfer but enjoyed a good bourbon, both traits he passed on to his three sons. He was a retired Deputy Director from the Division of Mine Reclamation and Enforcement within the Kentucky Department of Natural Resources.
A memorial service will be held in his honor later in the year at LeCompte-Johnson-Taylor Funeral Home.
Donations should be made in his name to Bridgeport Christian Church or Life House for Animals.
In addition to his wife, he is survived by three sons, Marvin Lee (Jacque) Shaw, Pensacola, FL, Adam Lyle Shaw, Louisville, Colby Lynn Shaw, Lexington, his brother, Ralph Edward (Janice) Shaw, Palmyra, MO, three grandchildren, Eli Miller Shaw, Riley Elizabeth Shaw, Jack Harrison Shaw, and his beloved beagle, Penny.