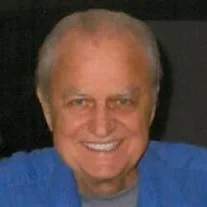 Lewis David “Butch” Barbour, 79, gloriously relinquished his earthly bonds August 4, 2019. He loved the Lord, his lovely wife Jackie, family and his dog Bandit. He may have left us in body, but he leaves behind his gift of love and laughter.

Lewis was born in Frankfort on June 27, 1940, and was the son of the late Neely D. and Nannie B. McAlister Barbour. He retired from OHI Manufacturing. Butch enjoyed being outdoors. He was a soft-hearted man who treasured time spent with family and friends. He was a deacon and devoted member of Mt. Carmel Baptist Church – always willing to lend a hand.

In addition to his parents, he was preceded in death by his brother, Haskell Douglas Barbour.