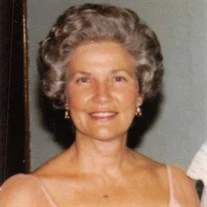 Jean was a retiree of A & P and Ky State Government and member of Bridgeport Christian Church. She was a member of her beloved Order of Eastern Star and served as a Worthy Grand Matron of Hiram #93 in 1964 and for the State of Kentucky in 1970-1971. She was an avid card player, member of the Flyin Solo Club, Hand and Foot Club and the Bridge Club at Frankfort Senior Center.

She enjoyed spending time with friends and traveling the world. Her true love was time spent with her family, daily conversations with her late son “Sonny” and visits and outings with her grandchildren and great granddaughters. She will be missed dearly and loved always.