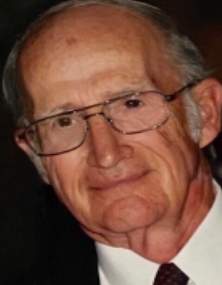 Our beloved husband, father, grandfather, great-grandfather and brother passed away peacefully May 13, 2020. He was preceded in death by his parents Henry T. Hurt Jr. and Allene Singleton Hurt, both of Lancaster, Ky. Tom is survived by his loving wife of 56 years, Marie of Lawrenceburg; two sons, Timothy Hurt and his wife Karen of Lawrenceburg, Tommy Hurt and his wife Lisa of Georgetown, and daughter Tracey Mulder and her husband Daryl of Frankfort; brothers Kenneth Hurt of Lancaster, Larry Hurt of Somerset and Lura Janbakhsh of Somerset. His extended family also included grandchildren Arien, Mariah, and Cassidy Hurt; Thomas and Katie Beth Hurt; Max and Maddy Mulder; and great-grandchildren Lilli, Khai, Cal and Abe Wainscott.

Tom was a 1957 graduate of Lancaster High School and attended Centre College where he was recruited to play basketball. He was a veteran of the US Navy where he worked as a Seabee in the early 1960’s. Following his time in the Navy, Tom began work for the State of Kentucky at the Department of Transportation where he became one of the state’s leading experts in drainage engineering for the Division of Highway Design. He remained a loyal state government employee until his retirement almost 40 years later.

After retirement Tom and Marie had the opportunity to do some traveling and lived in Florida part of the time. Over the years, they built three beautiful homes together. In retirement, Tom became an avid golfer and played almost daily with his group of friends for as long as he could.

Known by his grandchildren as “Paw,” Tom was a caring man who would do anything for his family. He was extremely intelligent and very handy. He could fix anything. He instilled a strong work ethic in his children and was always wise with his advice. His wry sense of humor and his calm demeanor were his trademarks.

If you knew Tom well, his parting words were always “I’m glad you got to see me!” Well, Paw, we are truly glad we got to see you! We will see you again!

Tom's services will be live-streamed on Clark Legacy Center's Facebook page on Saturday, May 16, 2020 starting at 11:00am. Pastor Errol Archerson will be officiating.