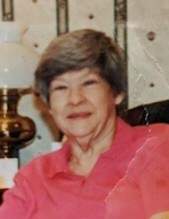 Geneva Berger Harris, 81, passed away on February 21, 2020 at Lexington Country Place. She was born October 6, 1938 in Estill County, Kentucky to the late Walter and Lena Chaney Berger. Geneva retired from Rand McNally and was a member of Versailles Church God.