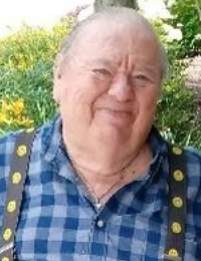 Garry Lee Toole, 77, went to be with his Lord, Thursday, January 16, 2020. Services will be 11am, Tuesday, January 21, 2020 at New Harvest, Assembly of God in Frankfort. Pastor Scott Bowman and Harold Toole will be officiating. Burial will follow at Sunset Memorial Gardens. Visitation will be held from 5:00pm until 8:00pm on Monday, January 20, 2020 at Clark Legacy Center, Versailles Rd.
Mr. Toole was born, February 4, 1942, the eldest of 3 sons of the late Owen Harold and Juanita Marie (Hutcherson) Toole. He was preceded in death by his parents, his beloved daughter, Melody L. Curtis, a grandson, Christopher S. Curtis, and a brother, James M. Toole.
A graduate of Franklin County High School and the University of Louisville, Garry proudly served his country in the U.S. Navy at the beginning of the Vietnam War. He was a long-time farmer and worked and retired from State Government after 32 years of service as an accountant/auditor. He was, also, founder of Accutax Service and self employed as a Tax Professional from 1959 until the date of his death. He loved the Lord and was a faithful member of New Harvest Assembly of God where he served on the church board. He was, also, a member of the American Legion, Post 7, the NRA, the Gideon’s International, and the Lionel Collectors Club.
Mr. Toole, also, proudly served 9 years on the Franklin County School Board. While on the board, most of the school sin the county system were renovated. During the last year on the board, the new Western Hills High School was approved and construction on the new high school had begun. He was a strong advocate for a quality education for all children.
He is survived by his devoted wife of 41 years, Joyce Lee Toole; two sons, Mark Lee Toole (Pam) and Michael Gene Toole (Tara); son-in-law, Jasper Curtis, Jr.; one brother, Harold Gene Toole (Sally); five grandchildren; nine great grandchildren; an aunt; and many nephews, nieces, cousins, and friends.
His final wish is for all of his family and friends to accept Jesus Christ as their Lord and Savior.
While flowers are welcome, contributions in his memory are suggest to the Gideon’s International.