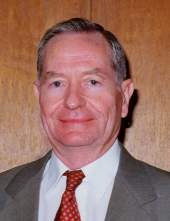 Everett Gray, 88, husband of Betty Gray, passed away on Sunday, April 5, 2020. He was born in McKee, KY on February 5, 1932 to the late Silas and Ethel Steele Gray. He retired from the Department of Transportation as a Geologist and was a Veteran of the US Army. Everett was a member of First United Methodist Church and was the president and teacher of the Chapel Sunday School Class for many years.
In addition to his wife, he is survived by his daughter, Mitzi Gray, Frankfort; his sister, Opal Hurst, McKee; his brother, Elmer Gray, Bowling Green; and several nieces and nephews.
In addition to his parents, he was preceded in death by his brothers, Herman and Charlie Gray.
Services will be private. Burial will be held at Sunset Memorial Gardens. In lieu of flowers, memorial contributions may be made to First United Methodist Church Building Fund.