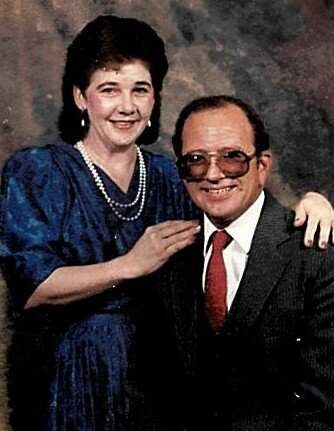 Edmund Coleman “Macky” Hagy, 76, widower of Phyliss Kaye Hagy, passed away on Saturday, September 25, 2021. He was born in Bland, Virginia on August 29, 1945, to the late Robert Muncy Hagy and Leona Mattie Hagy. He was the plant manager at Harrods Concrete, retiring after 32 years. He also worked at Walmart for 14 years. Edmund was a member of Family Worship Center in Lawrenceburg, where he served on the board of directors for many years. He loved NASCAR, horse racing, and was an avid collector of sports memorabilia, comic books, and Hot Wheels.

The family would like to express a special thank you to his neighbors Lori and Tim Agee, Mr. and Mrs. Smith, as well as Daniel and his family .

In addition to his parents and his wife of 56 years, he was preceded in death by his sister Virginia Rose Smith; and his loyal companion and fur baby, Paco.

Funeral Service will be held at 11:00am on Wednesday, September 29, 2021, at Clark Legacy Center, Versailles Rd with Rev. Tony Andrade and Rev. Kenneth Green officiating. Burial will follow at Sunset Memorial Gardens. Visitation will be held from 10:00am until the time of service at the funeral home.

The family would like to invite everyone to attend a reception following the burial at the Family Worship Center, 1053 Frankfort Rd, Lawrenceburg, KY 40342.