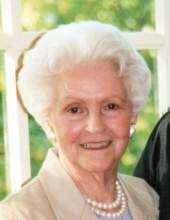 Della Mae Atwell, age 96 of Lexington, passed away on February 2nd, 2021. Born October 6th, 1924 in Versailles, KY to the late Everett Tucker and Della Tucker; one of seven children.

She graduated from Versailles High School in 1942 and worked at Kentucky Utilities and Second National Bank. Ms. Atwell was also a bookkeeper, and accountant for Bluegrass Auto Body in Lexington for many years. Ms. Atwell was a member of Tates Creek Christian Church. Her love for others, her laugh, her honesty, and her wisdom will be truly missed.