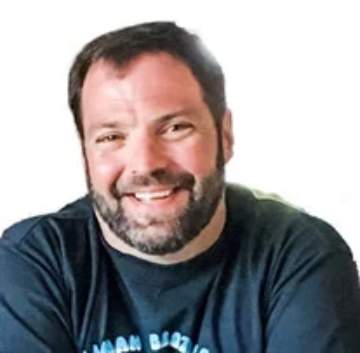 Christopher Clayton Rogers, 45, of Frankfort, passed away on January 13, 2021. He was born May 24, 1975, in Hazard, KY. Christopher attended Hazard High School and the University of Kentucky. He was a proud electrician for the Electrical Workers Local 369 Union, Louisville, KY. His love for music was almost as big as his love for the Wildcats.

Christopher was the son of Audrey Combs Rogers and the late Leslie Harrison Rogers. In addition to his mother, he is survived by a son, Andrew Clayton Rogers, New Albany IN; a brother, Leslie Craig Rogers, Lexington; and sister and brother-in-law, Nea and Nick Rodgers, Frankfort. Additionally, he leaves behind three nephews and a niece - Gabe Harrison Rogers and Grayson James Rogers, Lexington; Harrison Scott Rodgers and Mary Clayton Rodgers, Frankfort. He was loved by nine aunts and uncles, a host of cousins and too many friends to count. In addition to his father, he was preceded in death by his paternal grandparents, James Clayton and Marie Rogers; and maternal grandparents, Dan and Media Combs.