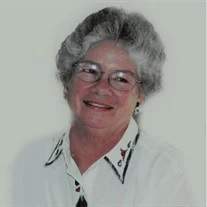 Mrs. Smither was born in Frankfort, Kentucky, on January 22, 1933, to the late Lew Edward and Sophfronia May Booth Smith. She retired from the Kentucky State Government after serving 30 years in the Governor’s Office. A godly woman with a kind heart, she was a faithful member of Immanuel Baptist Church. She mostly enjoyed spending time with others, especially at the VFW Ladies Auxiliary, Sunday School Class, and with her 1951 Elkhorn High School classmates. Above all, she loved time spent with her family.

In lieu of flowers, expressions of sympathy may be made to the Bluegrass Hospice Care, Immanuel Baptist Church, or VFW Post 4075.