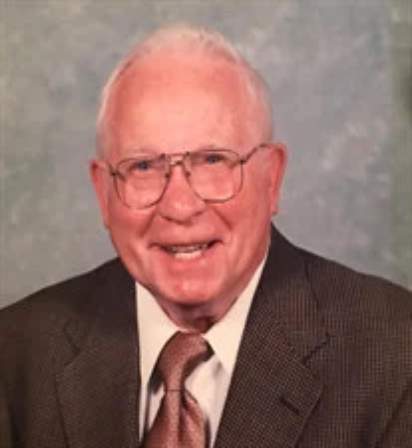 Mr. Barlow was born in Liberty, Kentucky, on August 27, 1927, to the late Benjamin Franklin Barlow and Alberta Smith Barlow. He retired from Frankfort Meter and Electric Company after serving as a meter tester for over 50 years. He was a Veteran of the United States Army during the Korean War era and a member of The Old Guard and American Legion. In addition, he was a Kentucky Colonel. Mr. Barlow was a craftsman, especially spending time working on clocks and picture frames. He loved to travel, loved a good meal, but mostly enjoyed time spent with his family.

In addition to his parents, he was preceded by his wife of 51 years, Mary Catherine “Kitty” Dowling Barlow; grandson, Michael David McNees, Jr.; daughter-in-law, Regina Barlow; and by 8 siblings.