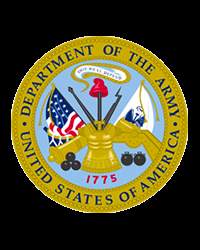 
Obituary for Artice Lester Woolums
Artice L. Woolums, 88, husband of Ann Woolums, passed away on Thursday, August 15, 2019. A native of Woodford County, he was born on December 23, 1930 to the late John and Blanche Thurman Woolums. He retired from the National Distillery and was a Veteran of the US Army having served in the Korean War.
In addition to his wife, he is survived by his daughter, Marie (Jason) Wise, Frankfort; his sons, Tommy Woolums, Frankfort, and Tony (Beth) Woolums, Lawrenceburg; his brother, James A. Woolums, Frankfort; his grandchildren, Chelsea Hyman, Michelle Jewel, Shelia Warfield, John Michael, and Eli Woolums; his great grandchildren, Mathew, Tyler, and Abby Riley.
In addition to his parents, he is preceded in death by his brothers, John H. Woolums Jr, and Paul Ronald Woolums; and his sisters, Carolyn Rose Woolums, and Elizabeth Ann Woolums.
Funeral service will be held at 1:00pm on Tuesday, August 20, 2019 at Clark Legacy Center, Versailles Rd. Pastor Ricky Simpson will be officiating. Burial will follow at Sunset Memorial Gardens. Serving as casketbearers will be Jason Wise, John Hyman, Mathew Riley, Eli Woolums, Stephen Marcum, and Jason Lee Marcum. Serving as honorary casketbearers will be John Michael Woolums, Tyler Riley, and Abby Riley. Visitation will be held from 11:00am until 1:00pm on Tuesday August 20, 2019 at Clark Legacy Center, Versailles Rd.